How many times have you heard someone say regarding the Bible, “Everyone has their own interpretation,” or “That’s your interpretation, not mine”? Little do they realize such comments are in direct conflict with what the Bible says about itself:

Above all, you must understand that no prophecy of Scripture came about by the prophet’s own interpretation. For prophecy never had its origin in the will of man, but men spoke from God as they were carried along by the Holy Spirit. (2 Peter 1:20, 21)

What most people do not realize is over the past 2,500 years specialists in the “science of meanings” have developed eight basic rules of grammatical interpretation which provide a standard set of rules for consistent interpretation of literature. They apply equally to legislative and theological language.

They are the basis of all critical analysis and are used by interpretive scholarship. When properly used, they ensure the reader will always derive the precise meaning intended by the original writer.

1. The Rule of Definition: Words have definite meanings which are to be taken
in their literal or idiomatic force and the grammatical setting. Meaning is not to be determined by each individual interpreter. The interpreter should conscientiously abide by the plain meaning of the words.

2. The Rule of Usage: Words and phrases have usages which are affected by cultural, traditional, national, and social considerations. Authors write to a specific audience in the usual custom and vernacular of that audience. Interpreters are not to insert their own notions upon the literature but rather to seek understanding of the usage that existed when the literature was written.

3. The Rule of Context: The meaning of a word, phrase, sentence, or paragraph must be derived from the context. Many words and phrases derive their meaning and force from the connection in which they stand. Therefore there must be a careful consideration of that which comes before and after.

4. The Rule of Historical Background: The historical background, including the manner and customs of the day, enables the interpreter to understand what circumstances and events influenced the thinking of the author. The writing was for real people, in real situations, in the real world. The interpreter must pay close attention to these facts as they cast light on the understanding of the literature.

5. The Rule of Logic: Interpretation is merely logical reasoning. Literature should be interpreted by a rigid application of the laws of language and grammatical analysis.

6. The Rule of Precedent: Precedent is something previously done or said that serves as a guide for future rule or example. Words and phrases which have a known usage should be interpreted in that historical and grammatical context.

7. The Rule of Unity: Documents are written as a whole. Interpretation of any of its parts must be done with consideration to consistency with the
whole.

Years ago I learned a simple poem which has served me well as a simple
guide for Bible interpretation:

If the literal sense makes good sense,
seek no other sense, lest you end up with
non-sense! 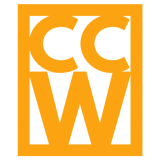 Calvary Chapel Whitefish is located in beautiful Whitefish, MT. Please come visit us! If you have any questions you can CONTACT US HERE.